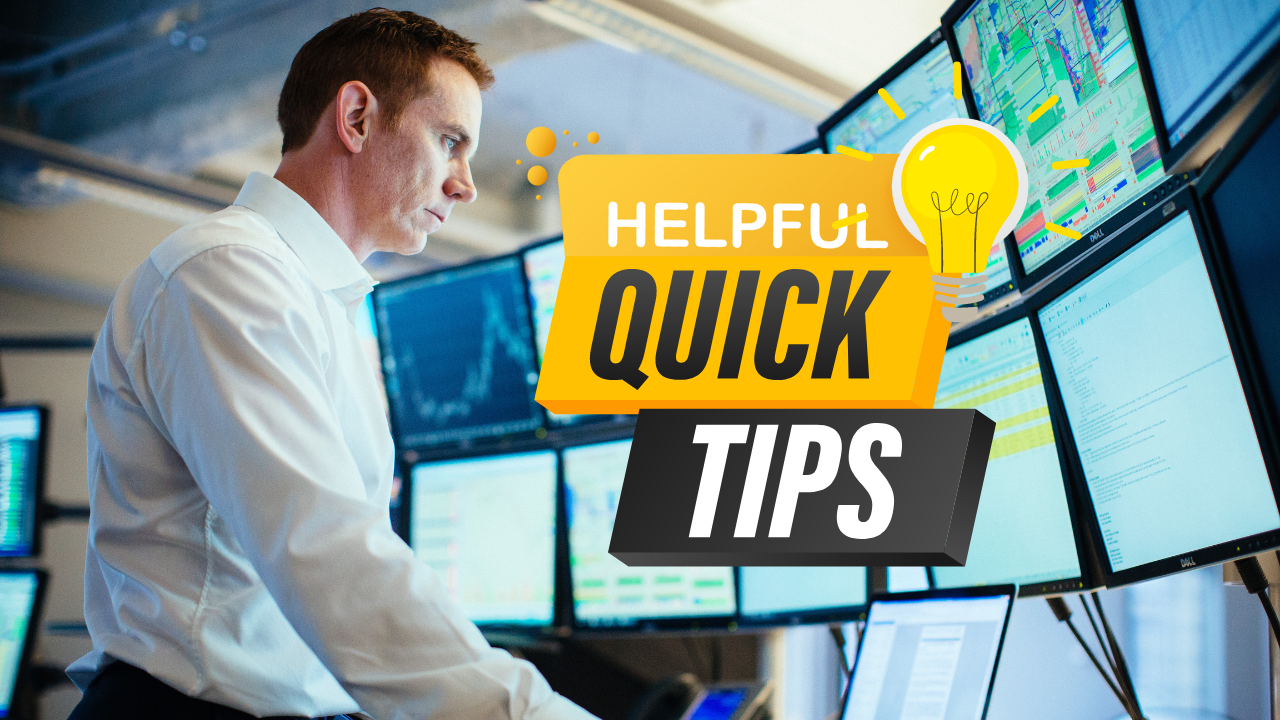 First of all, let's talk about trading around economic numbers in news releases. People who intraday trade, often are caught off guard, because they don't realize that markets can have massive moves on economic reports and news reversals. If you're intraday trading, you need to be really aware of when these events are, and make sure that you do not put positions on ahead of them. Not only do you not put put positions on ahead of them, if you have something on, you need to give serious thought to taking it off right before the number. The reason is that the risk cannot be handicapped ahead of a news release. It's really just a crapshoot, you don't know what's going to happen, and we don't want to trade when we cannot handicap or risk, we need a bottom-up approach. We start with a risk, and then we work to making money.

What we always talked about with our students is rule number one is come back tomorrow, well come back tomorrow means don't lose a bunch of money today, make sure you keep your money so tomorrow, you can come back and trade again, and the next day you can come back and trade again. If you're able to do that long enough, you're gonna make it, but if you blow out your account, or you have a huge drawdown, it's gonna put you in a really weak position, it's gonna make it very hard to stick around. We want to make sure that we understand that carrying positions into the number can be extremely dangerous. You might be going to a number, let's say short euro and think that you have a five to eight tick risk. Well, the Euro could be 50 to 100 ticks off a big announcement. You're looking at anywhere, from an eight to 20R loser just can't have that happen. Cannot happen.

The next thing is, we also want to recognize the trading around news releases can be really difficult, because there are major whipsaws, and you can get into a trade really, really good get stopped out and then watch it go with that. Let me show you a couple examples here. First of all, on the idea of intraday risks, this is the two-year note, and you won't really intraday trade the two-year note, but we could look at something like the dollar index, which you could intraday trade. You could be short this thinking, Okay, I've got a risk here, it's pretty small. You carried into the number, and then here's the announcement, but you want to understand is that when we get these announcements, there are traders, there are trading teams, that just trade events, that they do immense research and homework on these numbers, and then they run with they call a sweep.

A sweep is where they basically set a projection of how far they think the market will move under different scenarios, and those scenarios are all preprogrammed, such that when the announcement comes out, everything is already pre-loaded literally in the fastest hardware, network and software on the planet, and boom, it'll sweep and when it sweeps it will buy every order up to the point that it thinks it can make money. If I'm short and I have a sell stop, let's say right in here. Remember a sell stop is just a conditional market order. A stop is just a conditional market order what it basically says is when a market trades a certain price then make it a market order. If I'm short here and the announcement comes out there's going to be a sweep and that sweep is going to trigger my market order so now, I'm going to buy at the market. Problem is that this order is sweep is ahead of me. It buys everything out ahead of me and my orders gonna go find the first offer and here it is, and all of a sudden, we're looking at a 6R loss just because we weren't aware.

Next thing is I want you to notice, look what happens, the market spreads one way, and then we talked about the whipsaws, and then back it comes, look at this, it comes all the way back to our broke out from it goes even deeper, and then it rallies, but if you've been buying a pullback here, you're out, and you watch it rally without you. Gotta be really careful of the whipsaws. I learned this the hard way. After the announcement comes out, just be patient, let the market settle in just wait a couple minutes, and then you can go back in to get at it.

When could you consider holding your positions?

Well, if you have a big profit going into the announcement, yeah, then you could hold it, and as you know, I'm a big proponent of using options. This is a great example, you can come in and hedge up your intraday risk, turn your trade, lock it in as a profitable trade, but still have upside in it, and if you get a huge move in your direction, you're gonna make a bunch more money. But if it moves against you, you've got your risk hedge, and you're looking at giving back some of the profits or even keeping them but minimizing the risk associated with the event. That's what we want to make sure we do.

Let's go on to scenario two, which now we're going to talk about end of sessions. If you're intraday trading, really what you're trying to do is you're trying to capture a big chunk of the daily range. When the range is done, when the period is over, it's pretty much time you start looking to get out. Now why is this? Depends on what you're trading, if you're trading something, the 24-hour market, like currencies or gold or crude, you could hold it through into the next session, it's not that big a deal. But if you're trading stocks, which are closed 18 hours a day, that's why they gap so much, the longer the market is closed, the greater the risk of a large move on the reopen.

When you intraday trading, you're taking a small risk on your trade. When the session breaks, you now have lost total control over that risk. You don't really know what it is. What you've done is you've taken on a daily risk or a weekly risk, not an intraday risk. You open yourself up to really big losses. I had one of my traders who did this, a new trader did this last week, he sold soybeans, he was short soybeans all day to trade acted okay and went out about a scratch at the end of the day, and he's like, "Oh, just hold it, you know, try to ride it out." I'm like no, soybeans are closed for five and a half hours, you don't know what's going to happen, soybeans could open up to 20-30 cents. He's thinking he's got three cent risk; he did not have a three-cent risk, he doesn't even know what his risk is. If he loses 20 cents, 21 cents, that's a 7R loser. Stupid, just can't do that. You got to make sure you don't do that either. Same principle holds here. If you have large profit, hedge it up and carry it, you can do that, but if your trade is a loser, or it's a breakeven or a small winner, you better off to get out. Because if you have a big move against you, you can't weather it. You can have a multiple R loser.

Tip number three, now we're gonna move on to talking about back testing. One of the biggest mistakes that new traders make is that when they look at a chart, they assume that the prices on the chart or continuous and that all data points or all bars are equal or equally weighted. They are not. Back tests must account for major economic events and recognize the actual risk and the trade signals that are in their data around major events. In other words, if you have a trade that traded right ahead of payrolls, for example, you can't count that in your back test, because maybe it works, but you're lucky. Next time it won't work. Not being aware of this point, will lead you to look at your data and think you have some great trades. We call these ghost trades.

A ghost trade is a trade it's in your data. It's in your sample, but you would never take it under normal circumstances. You would never sell it ahead of payroll. The fact that was in there, it has to be taken out. You cannot just run a test and look at all your data. You have to actually go in and spend time understanding what is going on around earnings announcements for stocks, FOMC, crude inventories, natural gas inventories, crop reports, payrolls, CPI, ECB, BOJ, all these sorts of things. You have to go in and look at it and make sure that you are not benefiting or getting hurt. It's usually benefiting from these announcements. You can see in some of these examples, this is an FOMC look at this move, and a two year and you can see retraces all the way back before selling off. This is the euro and ECB comes out pops and breaks. This is the 30-year treasury bond last Friday, you can see off the announcement of breaks this one pretty much stay down, but you can't handicap your risk right here. It's a big bar.

I gave you a lot to think about here. Just make sure you're smart if you're intraday trading. Be aware of your economic announcements. Be aware of your news releases, be on top of all of that, and if you're running back tests, make sure that you take the time to go down in your data. Running back tests is a lot of work. It's not so simple. It's just coding and up and running it, you got to spend a lot of time checking what's going on in the data. Stay tuned for next Tuesday when I'll share more trading tips like we did today, to get more insight so help you become an elite trader. If you enjoy these Trader Tip Tuesday's please like them and please share them, pass them on your friends. I appreciate it. God bless. Have a great week. Bye. 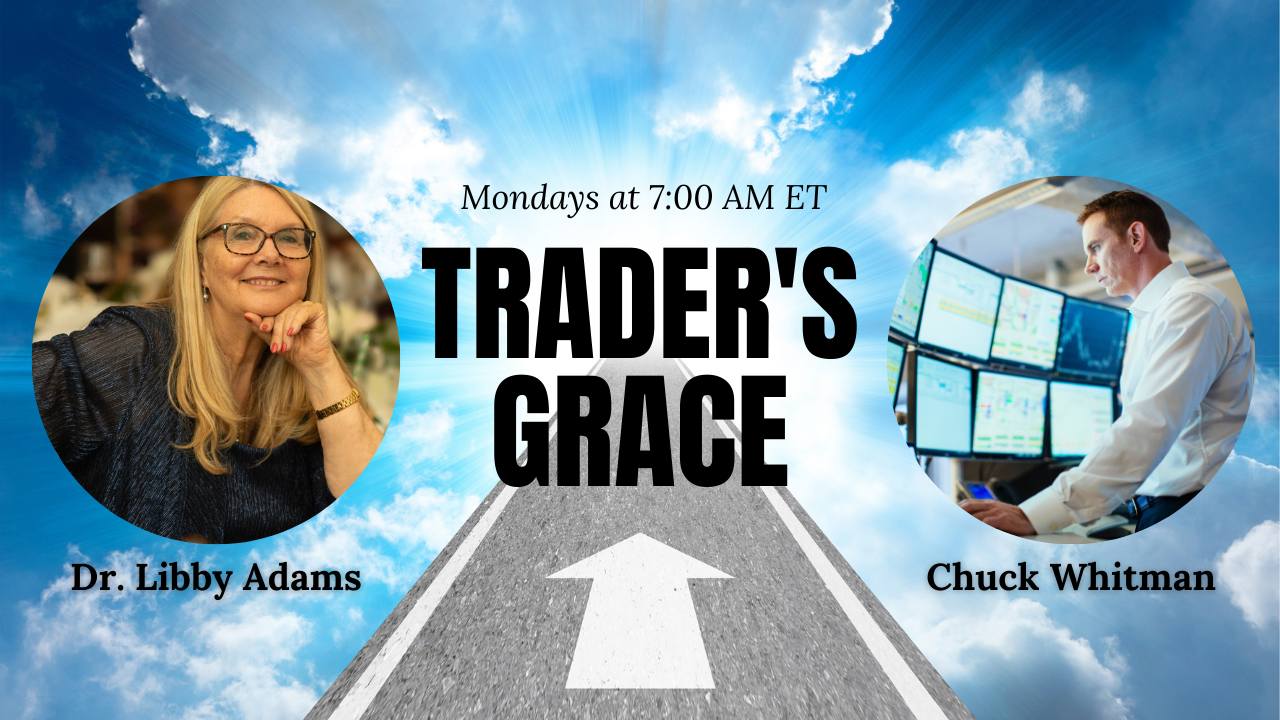